Open-end spinning has the advantages of high speed, large yarn volume, wide adaptability, simple mechanism and no need for spindles, rings and travellers, which can double the output of spun yarn.

1. How does rotor spinning work?

2. What is the principle of rotor spinning?

4. What is difference between ring spinning and rotor spinning ? Application?

1. How does rotor spinning work?

Rotor spinning is the most extensive system in the open-end yarn manufacturing industry. It has all the necessary requirements for an efficient spinning method. Open end spinning has some limitations. Not suitable for spinning fine yarns. In the process, more bulk will lead to open yarn. A high twist multiplier is used in this method.

Open yarn has good abrasion resistance. This is the particularity of open-ended yarns produced by rotor spinning. Open yarn consists of fibers wrapped around the surface of the yarn. The opening yarn also contains a thin outer layer of fibers with hardly any twist, or even twist in the opposite direction. During each rotation of the rotor, new fibers are attached to the already well-twisted fiber bundles. These latecomers get only a fraction of the required distortion level. If this low twist is lower than the false twist, the fibers will twist in the opposite direction. 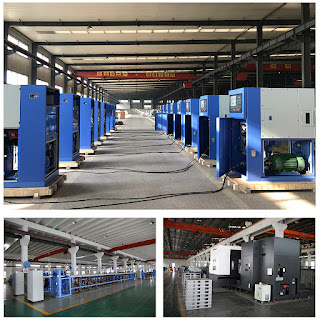 2. What is the principle of rotor spinning?

Open or rotor spinning is one of the most modern spinning and winding techniques. In this process, spinning and winding are skillfully combined in one process. The process goes beyond all ring spinning problems by separating twisting and winding in the yarn manufacturing method. It sits side by side with the ring frame. Advances in rotor spinning are due on the one hand to a significant increase in productivity and, on the other hand, to the possibility of fully motorizing the spinning process. This is possible because it integrates the three manufacturing processes of speed frame, ring frame and winding into separate steps. It's not just the economics, it's the constant evolution of your parameters. 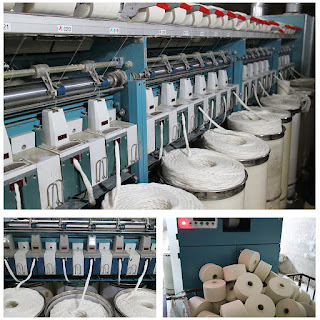 (3) Fiber delivery to the rotor:

Centrifugal force and vacuum in the rotor shell cause the fibers to break away from the opening roller at a certain point and move through the fiber channel to the inner wall of the rotor.

Centrifugal force in the rapidly rotating rotor moves fibers from the conical rotor walls to the rotor slots, where they collect to form fiber rings.

When the spun yarn end enters the rotor slot from the drafting nozzle, it is twisted by the rotor rotation outside the nozzle, and then continues into the rotor in the yarn. The yarn end rotates around its axis and continuously twists the fibres deposited in the grooves of the rotor with the aid of a nozzle which acts as a twist maintaining element.

The yarn formed in the rotor is continuously taken out by the yarn feed shaft and pressure roller through the nozzle and yarn take-off tube, and wound onto the cross-wound package. Between take-up and package, multiple sensors control yarn movement and yarn quality, and start clearing when any preselected value is exceeded. 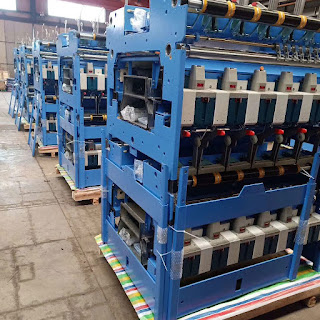 4. What is difference between ring spinning and rotor spinning ? Application?

Open-end spinning and ring spinning are a new type of textile technology, and the other is an old-fashioned spinning technology. Open-end spinning is open-end spinning, while ring spinning is mechanical spinning, which is twisted by spindles, steel bells, and travellers, and drawn by rollers. On the other hand, open-end spinning is to transport fibers by air, and twist them by holding them at one end. Generally speaking, ring spun yarn has more hairiness than air spinning, higher strength and better quality. The open-air spinning process is short, and the protruding hairiness is less, especially the viscose fiber is more obvious, the fiber on the yarn will not break, but many hairiness is wrapped around the yarn body, so the rotor yarn has less hairiness and counts. The number and degree of rotation cannot be very high, and the price is also low. 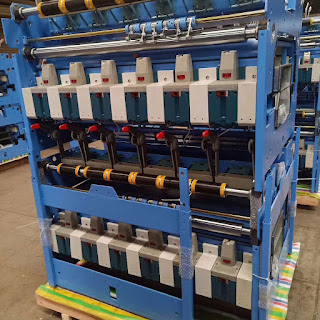 Based on referring advance technology of other domestic Rotor spinning frame, HJF1603 rotor spinning frame is a sort of high speed, efficient, large package and self-exhausting open-end spinning frame. Based on digestion and absorption of the modern spinning technology and integrated the most advanced scientific and technological achievements, subdivide market requirement, which is especially ordered equipment for waste cotton yarn, wool spinning, flax yarn, gloves yarn and so on particular yarn market. 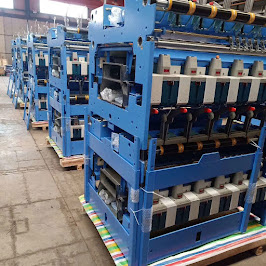 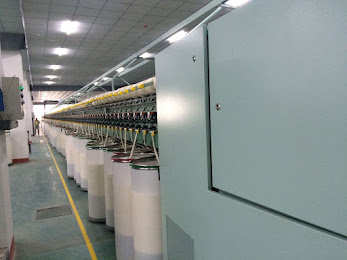