Inside our weaving mill there’s a machine that isn’t constantly in operation, unlike our looms. But the function it performs is a fundamental one: it’s the warper. We know that woven fabric is made by two sets of yarn; warp and weft. Warp yarns run with along the length of fabric and weft yarns go across the width of the fabric. Warping is the preparation of yarn to weave fabric. It is the transfer of many yarns from the creel of single packages to a beam. The yarns will form a parallel sheet of yarn wound onto the beam. The basic objective of warping is to built a package where yarn ends remain in uniformly set parallel & continuous form & there by to accelerate the next process either sizing or drawing-in. 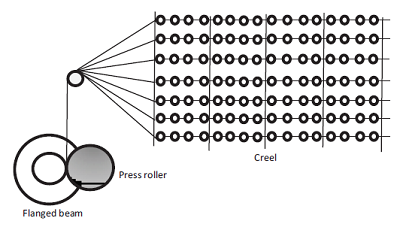 The main objective of warping is to prepare a warp sheet of desired length containing a desired number of yarns that are wrapped on a flanged barrel in such a manner that tension in each yarn and density of yarn mass in the cylindrical assembly are maintained within a given tolerance level throughout the wrapping of the warp beam. By warping process yarn quality increase, wound up fixed length of yarn on weavers beam. Increase the weavability of yarn. In this process small packages can re-use. After all increase the production. The process of warping is dedicated to the conversion of cones into a beam of given specifications.

There are two types of warping are popular in textile industry for preparing warp yarn for power driven high speed looms or hand looms. These are:

When the yarns are drawn from the single packages on the creel directly onto the beam then it is called direct warping. It is also called high speed warping or beam warping. Direct warping is used to make smaller beams which are combined later in slashing to produce the weaver’s beam. Direct warping is used to manufacture greige towels; that will be dyed or full bleached during wet processing. Modern beam warping machines have creels with moveable trolleys. The trolleys are movable so that cones can be creeled in reserve when one set is working in the machine. 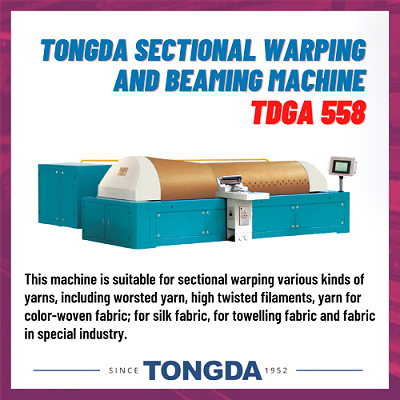